Meryl was a little disheveled when she arrived at the shop. She had been in storage for a few years, and while mostly complete, she looked a little ragged around the edges.

Fortunately she arrived with a full set of schematics and manuals. Less fortunately, they look like 5th generation faxes and are written in a charming Japanese-English patois.

The first order of business was getting the column connected to the main console. I was extremely fortunate that the cable ends were meticulously labeled, so this was mostly a matter of plugging the proper connector into the proper board.

Dozens of twisted pair, ground strap, and coaxial connections later, I finally ran out of things to plug in. The umbilical cord connecting the two consoles was getting to be pretty impressive.

With everything connected and tidy, I was finally ready to power her up for the first time.

I carefully adjusted the variac to 100V and threw the main breaker. The lights dimmed, and a satisfying hum came from the machine.  She lived!

And 20 minutes later, she died. The Vent and EVAC lights were flashing, meaning that a rough vacuum could not be drawn down to the point that the diffusion pump would take over.

A poor vacuum could be due to a bad seal. But there were dozens of seals to check, and disturbing a perfectly working vacuum seal is just asking for trouble. At this point, I wasn’t even sure if the roughing pump was working as well as it should. I decided to start there.

Vacuum pumps really suck. But how much?

Meryl’s roughing pump is an oil-sealed rotary vane pump. It’s a pretty simple device, essentially a motor connected to rotor in an oil-filled chamber. The rotor has a series of vanes that grab a little bit of air at a time and compress it towards a discharge port. When the pressure is high enough, a valve opens and releases it to the atmosphere.

This pump was already leaking a little oil out of the bottom, but it seemed to run well enough. But was that well enough? I didn’t have a proper vacuum gauge handy, so I had to get creative to see if the pump was the source of the problem.

So the pump could make it down to < 17 Torr. But how much less? And would it be enough for the diffusion pump?

Experiment #2: use your brain

After some reflection, it occurred to me that I did in fact have a vacuum gauge handy– the Pirani gauge on Meryl herself!

By a stroke of luck, the gauge fit neatly inside the vacuum hose on the pump.

By connecting the gauge directly to the pump, I could bypass the entire microscope (with all of its potentially leaky seals) and see if the pump could pull hard enough to make the system happy.

The ever-polite and inscrutable manual informed me that TP#3 would show the voltage reading of the Pirani gauge… But what was the expected range? No word on that.

Digging through the schematics, I miraculously found a sticky note with some voltages scrawled in pencil indicating that the diffusion pump wouldn’t be happy until the Pirani read 2.5 volts or higher.

Time for an oil change

Reasoning that the pump had sat for quite a while, it was probably long overdue for an oil change. But what kind of oil?

It had come with a mostly empty jar of TKO-19 Ultra Vacuum Pump Oil. Sounds expensive, no?

A quick Google around showed that it was not only expensive, it was discontinued. A couple of forum posts suggested replacing it with a more recent, equally expensive formulation.

Ten dollars and a quick trip to Wallgreens later, and I had my pump oil.

Clever, but would it do the trick?

20 minutes after that, I had my first electrons on the screen!

Surely with the vacuum system repaired I was well on my way to taking stunning SEM photos. Even if all I could see at the moment was vague static.

I still had yet to reckon with Windows NT 4 and the dreaded frame grabber from Hell. 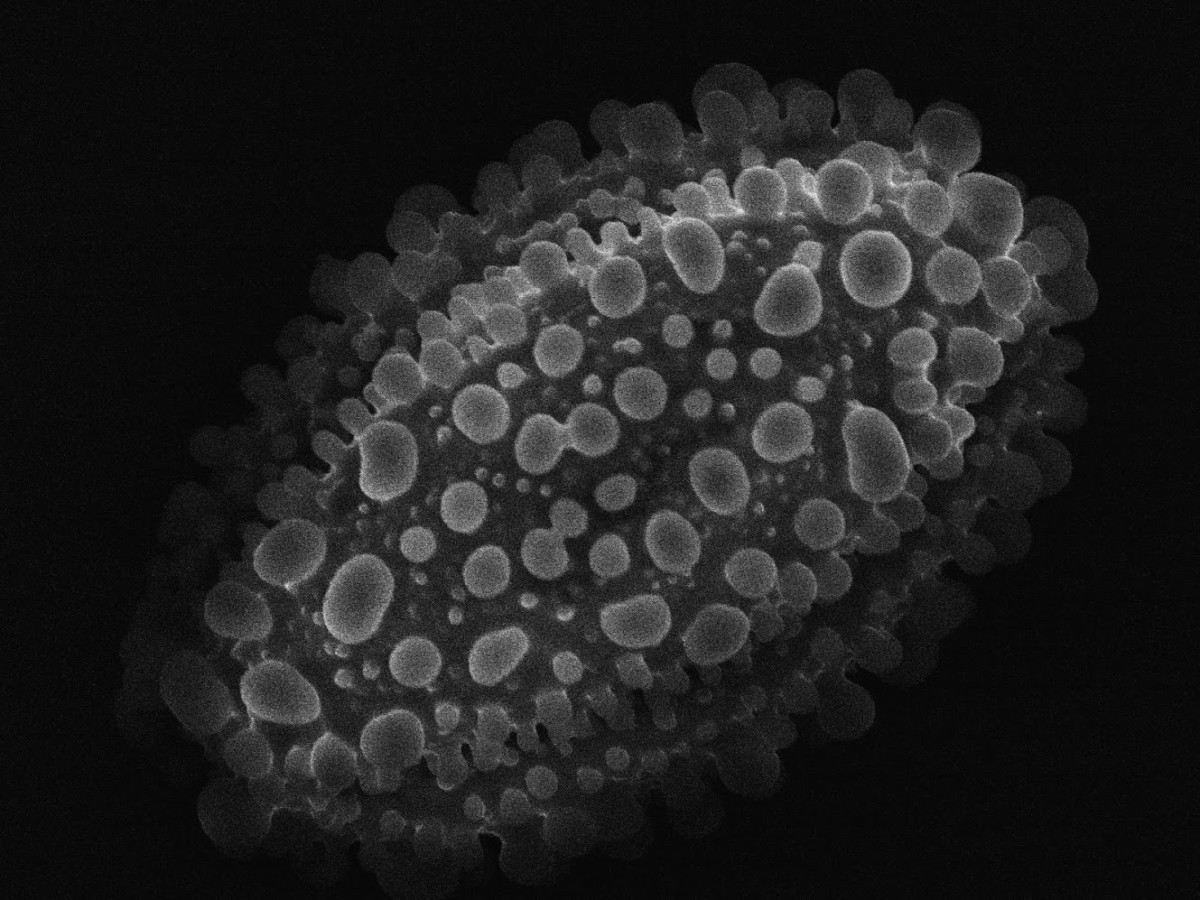 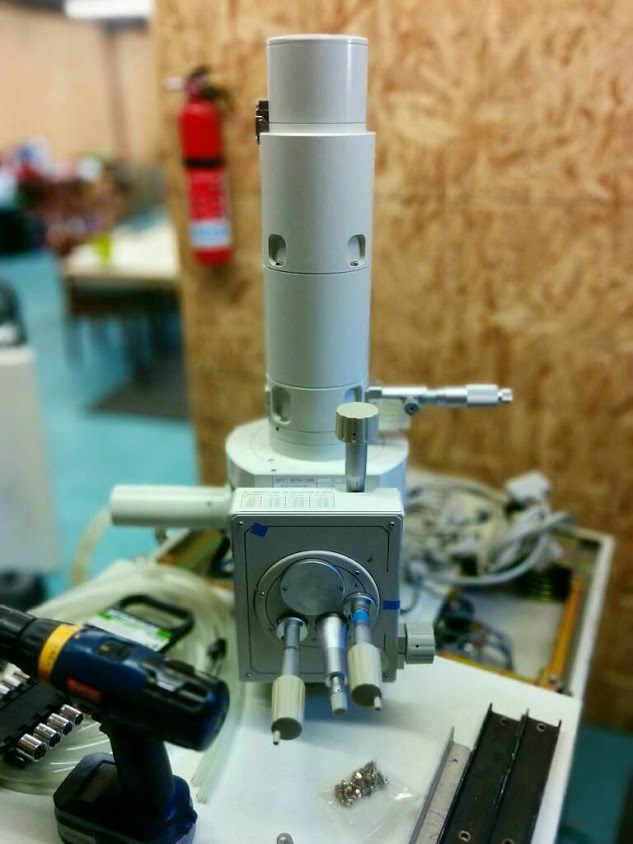 A tale of two microscopes 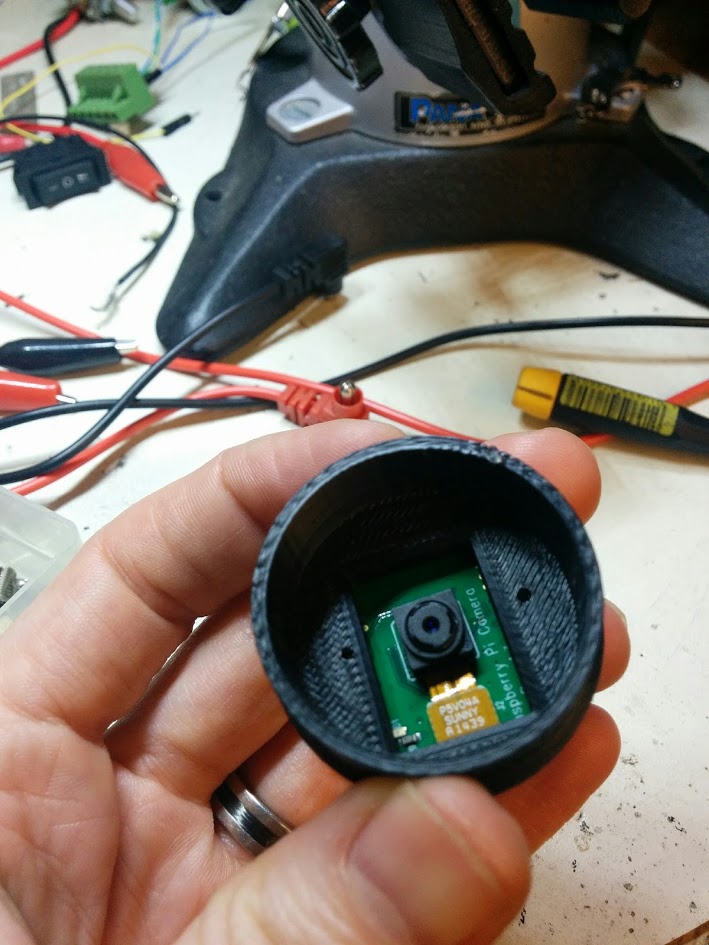