It’s a common misconception that low-powered CO2 lasers can’t cut through metal. But in the right circumstances, you can cut thin metals just fine (even with a 40 Watt laser).

Cutting ability isn’t just a question of power available from the laser. It’s more dependent on the power density of the beam, and the ability of the material to dissipate that power. Thin metals that dissipate heat poorly can be cut quite readily. Mild or stainless steel, titanium, or even brass can be coaxed into being cut or etched. On the other hand, good luck trying to put a dent in thin copper or aluminum foil.

But how to contain it?

If lasers can cut metal, what material can you use for making a laser housing? (Some brave folks have tried making the whole thing out of wood, but that’s a little too… innovative for my tastes.) Most housings I’ve seen use a steel cage to keep stray laser emissions from burning or blinding innocent bystanders. While steel is cheap and makes a rugged industrial housing, I believe this is overkill for low-powered DIY CO2 lasers, for a couple of reasons:

At least, this was my thinking when I decided to try making my first laser housing out of aluminum sheet. My reasoning turned out to be sound, but my execution… could have used some improvement.

Unfortunately I was so excited to finish up the laser project that I ordered pre-cut material before I settled on the final design.

I had originally thought that I would make the Z stage from scratch. But as I took apart the old laser cutter, I noticed that the old Z was a separate module. I thought it would save time to transplant the whole module into the new cutter.

Sadly, the Z didn’t quite fit. It stuck out about 15cm below the spot where I had intended to put the bottom of the box. When my pre-cut aluminum showed up, it didn’t quite reach.

The second problem was more subtle. Thin aluminum is pretty cheap, but the cost adds up quickly as the thickness increases. I had chosen material that was just a little too thin for the job, and it would pucker as I screwed it into the aluminum t-slot. Any spot where the aluminum doesn’t meet flush with the frame is a potential place where light could leak– which is exactly what the housing is supposed to prevent.

Sealing the edges and corners turned out to be pretty simple. I added a little aluminum angle bracket to all of the edges. That helped hold the sides together, and made a laser-proof barrier at all of the possible places where light might leak.

I still wanted to use something more substantial for the skin, but thicker aluminum sheet would add greatly to the cost and the weight of the machine. It was time to try something else.

After asking around and trolling through various DIY laser forums, I hit on the idea of using a composite material called e-panel (the slightly cheaper cousin of DiBond). It consists of a sheet of high density polyethylene (HDPE) sandwiched between two pieces of thin aluminum sheet. It’s used to make durable signage and kiosks. It’s about half the weight of equivalent solid aluminum, and much cheaper.

This e-panel came pre-painted white. I ordered mine from Harbor Sales, who very helpfully cut it to size (I measured it twice this time around…)

I found that I could trim the smaller parts with tin snips and sheet metal shears, and holes were easily made with a hand drill. The aluminum blocks the laser, but the HDPE makes the material thick and rigid. This stuff is a joy to work with.

Tune in next time for DIY Laser Part 3: The Muscle

In the meantime, here is the photo album for more housing photos, and the completed build. 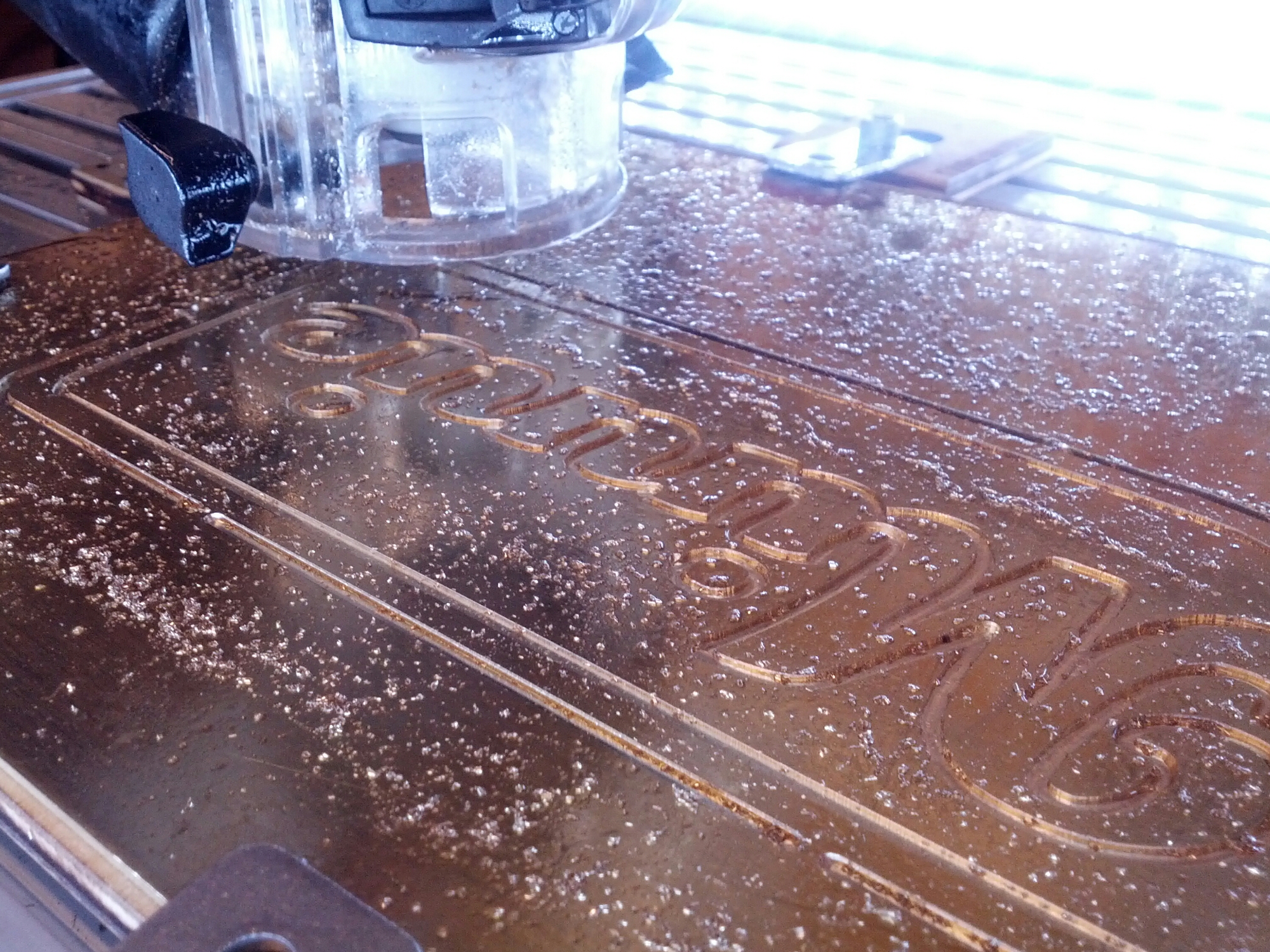